THEIR CHILD WILL SAVE THE WORLD, IF THEY CAN KEEP THE DAMN KID ALIVE.

While preparing for the birth of his first child, Chrys Valerian is tasked with uncovering the group responsible for a series of missing threadweavers—those able to see and manipulate threadlight. With each failure, the dark voice in his head grows louder, begging to be released.A young girl from a secret city in the center of the Fairenwild veers off course to explore the streets of Alchea, never expecting that her journey would end in chains.Far in the deserts to the south, a young man's life changes after he dies.When Chrys learns who is responsible for the missing threadweavers, they come for him and his family. He must do everything in his power to protect those he loves, even if it means trusting strangers or, worse, the growing voice in his mind.Together, these three will change the world—whether they intend to or not.

This is a perfect series for fans of Brandon Sanderson and Brent Weeks! He will be at our store from 12p-3p on Aug 27th signing copies of the first two books in this incredible series! 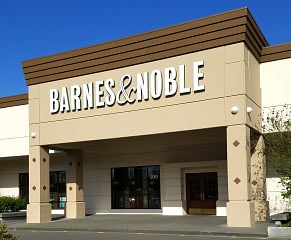