Join us Tuesday, August 30th, 2022 as local author Patricia Briggs celebrates the release of her latest book in the Mercy Thompson Series, Soul Taken!
Give us a call and reserve your copy of Soul Taken today!
About Soul Taken:
Mercy Thompson, car mechanic and shapeshifter, must face her greatest fears in this chilling entry in the #1 New York Times bestselling series.
The vampire Wulfe is missing. Since he’s deadly, possibly insane, and his current idea of “fun” is stalking me, some may see it as no great loss. But, warned that his disappearance might bring down the carefully constructed alliances that keep our pack safe, my mate and I must find Wulfe—and hope he’s still alive. As alive as a vampire can be, anyway.
But Wulfe isn’t the only one who has disappeared. And now there are bodies, too. Has the Harvester returned to the Tri-Cities, reaping souls with his cursed sickle? Or is he just a character from a B horror movie and our enemy is someone else?
The farther I follow Wulfe’s trail, the more twisted—and darker—the path becomes. I need to figure out what’s going on before the next body on the ground is mine.
About the Author:
Patricia is the #1 New York Times best selling author of the Mercy Thompson series and has written twenty four novels to date; she is currently writing novel number twenty five. She has short stories in several anthologies, as well as a series of comic books and graphic novels based on her Mercy Thompson and Alpha and Omega series. Patty began her career writing traditional high fantasy novels in 1993, and shifted gears in 2006 to write urban fantasy.
Moon Called was the first of her signature series about Mercy; the non-stop adventure left readers wanting more and word of this exciting new urban fantasy series about a shape-shifting mechanic spread quickly. The series has continued to grow in popularity with the release of each book.
Patty also writes the Alpha and Omega series, which are set in the same world as the Mercy Thompson novels; what began as a novella expanded into a full new series, all of which debuted on the NY Times bestsellers list as well. 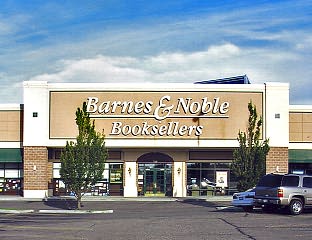