Lisa Knopp's Signing of 'From Your Friend, Carey Dean'

Please join us as we welcome Lisa Knopp, local author and UNO Professor of English, for a signing of her new book From Your Friend, Carey Dean! Professor Knopp will be in our store on Saturday, September 3rd from 2-3pm, so make sure to stop by and pick up your copy!

Overview of From Your Friend, Carey Dean from barnesandnoble.com: When Lisa Knopp visited Nebraska's death row with other death penalty abolitionists in 1995, she couldn't have imagined that one of the inmates she met that day would become a dear friend. For the next twenty-three years, through visits, phone calls, and letters, a remarkable, platonic friendship flourished between Knopp, an English professor, and Carey Dean Moore, who'd murdered two Omaha cab drivers in 1979 and for which he was executed by lethal injection in 2018. From Your Friend, Carey Dean: Letters from Nebraska's Death Row, tells two other stories, as well. One is that of a broken correctional system (Nebraska's prisons are overcrowded, understaffed, and underfunded, and excessive in their use of solitary confinement), and what it's like to be incarcerated there, which Moore frequently spoke and wrote about. The other is the story of how a double murderer was transformed and nourished by his faith in God's promises. Though Moore and Knopp were different types of Christians (he was a Biblical literalist and an evangelical; she is a Biblical contextualist with progressive leanings), they shared faith in God's love, grace, mercy, and abiding companionship.

Biography from UNO website: Lisa Knopp is the author of six books of creative nonfiction, with a seventh under contract. Bread: A Memoir of Hunger (University of Missouri Press, 2016), addresses the little-discussed phenomenon of eating disorders and disordered eating among older women. But, too, Bread is an exploration of the nature of hunger, desire, yearning, nourishment, sustenance, fulfillment, and contentment. Bread won the Nebraska Book Award for memoir in 2017. In What the River Carries: Encounters with the Mississippi, Missouri, and Platte (University of Missouri Press, 2012), Lisa explores the physical and cultural geography of the Mississippi, Missouri, and Platte, rivers that she has come to understand and cherish. What the River Carries won the 2013 Nebraska Book Award in the essay category and tied for second place in the 2013 Environmental Creative Writing Book Award from the Association for the Study of Literature and Environment. Lisa's seventh book, From Your Friend, Carey Dean: Letters from Nebraska’s Death Row, is forthcoming from Cascade Books in 2022. It tells the story of her 23-year friendship with Moore, a double murderer who the state of Nebraska executed on August 14, 2018. Her essay, "Death Watch," about visiting Moore at the Nebraska State Penitentiary on the mornings of August 11, 12, and 13, 2018 won first prize in december magazine's 2020 Curt Johnson Prose Contest. Lisa’s essays have appeared in many of the best publications, including Shenandoah, Gettysburg Review, Michigan Quarterly Review, Missouri Review, Connecticut Review, Creative Nonfiction, Iowa Review, Prairie Schooner, Northwest Review, and Seneca Review. Seven of her essays have received notable essay citations in the Best American Essays series. She is the recipient of two literature fellowships from the Nebraska Arts Council. Currently, she's working on a collection of autobiographical essays called Like Salt or Love: Essays on Leaving Home. Essays in that collection have been published in several journals, including Brevity, Gettysburg Review, Georgia Review, and Blood Orange Review. Lisa has been on the faculty at UNO since August 2005. She lives in Lincoln. Please visit her website: www.lisaknopp.com 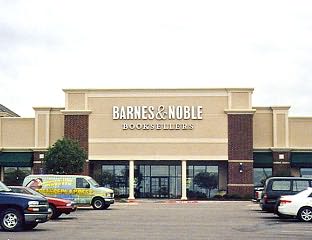