Calling all True Crime fanatics! Join us on Saturday, September 24th from 1 - 3pm for a special author event!!

On February 18th, 2001, Robert Philip Hanssen was arrested and charged with committing espionage on behalf of the intelligence services of the former Soviet Union. His espionage was described by the Department of Justice as “the worst intelligence disaster in U.S. history.” Now, legal analyst for NPR, NBC, and CNN Lis Wiehl delves into the facts of this fascinating case in A Spy in Plain Sight: The Inside Story of the FBI and Robert Hanssen—America’s Most Damaging Russian Spy.

As a federal prosecutor and the daughter of an FBI agent, Wiehl has a remarkable insider’s perspective on Hanssen’s case. Her research includes exclusive interviews with numerous FBI and CIA agents, both past and present, as well as the people closest to Hanssen—his brother-in-law, his oldest and best friend, and even his psychiatrist. In all her conversations, Wiehl tries to figure out how he did it—and at what cost.

Lis Wiehl is one of the nation’s most prominent trial lawyers and highly regarded commentators. She is a regular commentator for CNN and appears often on CBS, NPR, and other news outlets. For fifteen years, she was a legal analyst and reporter on the Fox News Channel. Prior to that she was the co-host on the nationally syndicated show The Radio Factor. She was also a tenured law professor at the University of Washington School of Law, in Seattle. Prior to joining the Fox News Channel in New York City, Wiehl served as a legal analyst and reporter for NBC News and NPR’s All Things Considered. Before that, Wiehl served as a Federal Prosecutor in the United States Attorney’s office. Wiehl earned her Juris Doctor from Harvard Law School and her Master of Arts in Literature from the University of Queensland. Wiehl is also the author of over nineteen books.

This is not a wrist-band event. All are welcome!

The store will have A Spy in Plain Sight available for purchase prior to the event. 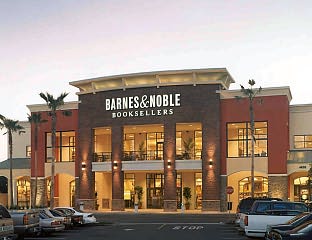